Why You Should Make More 'Mostly Fine' Decisions

Alright, fine, I'll say it: The word I'm talking about is perfect.

We so badly want to make perfect decisions, and only encounter perfect outcomes, that we often freeze up before doing anything at all.

We so badly want to make perfect decisions, and only encounter perfect outcomes, that we often freeze up before doing anything at all.

But what if perfect was merely an illusion? And what if, instead of perfect, we sought instead to make things...fine? Yes. Fine.

Fine works. Fine you can live with. And fine moves you forward.

This idea of making "Mostly Fine Decisions" (or MFDs) is addictive if you think about it. You're not giving up your ambition or your goals, but you are getting things done.

"The MFD is the minimum outcome you’re willing to accept as a consequence of a decision. It’s what you’d be perfectly fine with, rather than the outcome that would be perfect," writes Smarter Living editor Tim Herrera at the New York Times.

"The MFD is the minimum outcome you’re willing to accept as a consequence of a decision. It’s what you’d be perfectly fine with, rather than the outcome that would be perfect."- Tim Herrera

Here's how to start making more MFDs in your own life, starting with something you might be thinking (or overthinking, nudge nudge) right now.

What's been bugging you for at least a week?

Don't worry, this doesn't have to be painful—we'll figure out a solution.

But think about a decision, or a debate, that's been running in your mind for at least a week.

Maybe you're trying to figure out whether you should sign up for that piano class or that rock-climbing gym; maybe you're deciding whether to move forward with one of your side gigs or quit your job; or maybe, for a fun version, to decide simply where you should go on vacation.

Because you know you've been thinking about something just a little too hard.

Write it down. (Actually, write down all of them—you can repeat this exercise when it's over.)

Ask yourself: How much time have I already spent thinking about this?

If you've been debating over something—or procrastinating—for at least a week, try to estimate how much time you've thought about it each day. Then, multiply it by the number of days this has been nagging you.

I just did this for one of my wow-I'm-still-thinking-about-this decisions, and it's at least two hours. Two full hours! Of my life! In which I considered everything but actually accomplished nothing!

Now think about if another week goes by, and another after that...how much time will you be spending thinking?

Now consider: What's the worst thing that could happen?

Instead of a pro/con list, cut to the chase: What's the worst thing that could happen if you made a decision about this today?

Would you be rushing some essential elements? Would you miss out on future opportunities? Will you be leaving money on the table? Will you have regret?

What's the worst thing that could happen if you made a decision about this today?

If any of these things are dealbreakers, you probably already have your answer. But if you can find an outcome that seems totally fine, realistic even, then you're well on your way.

Figuring out what is holding you back is crucial to the next step, which is...just doing it.

Figure out what the "Mostly Fine Decision" looks like.

If, as they say, "perfect is the enemy of good," then it's time to figure out what "good" is.

Good doesn't sound so bad, does it?

I know it's nice to want everything to look perfect, seem perfect, and be perfect. But if perfect doesn't actually exist (because it looks different to everyone, you know?) then imagine a world that looks fine, seems fine, and is fine—because you made it so.

All you have to do is decide. Do it and it will be done.

Read next: 4 Ways to Activate Your Intuition and Make More 'This Feels Right' Decisions

Join the Shine Squad! Get real-time advice from a supportive, judgement-free community of other Shine members who are all making self-care a priority. 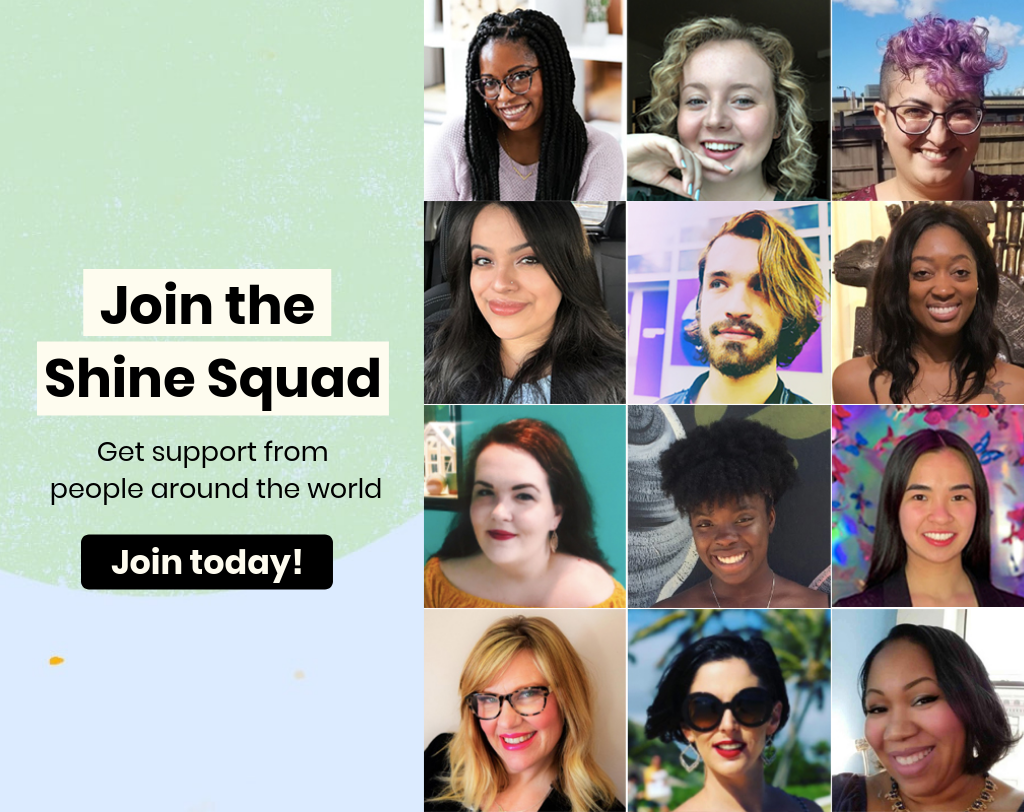 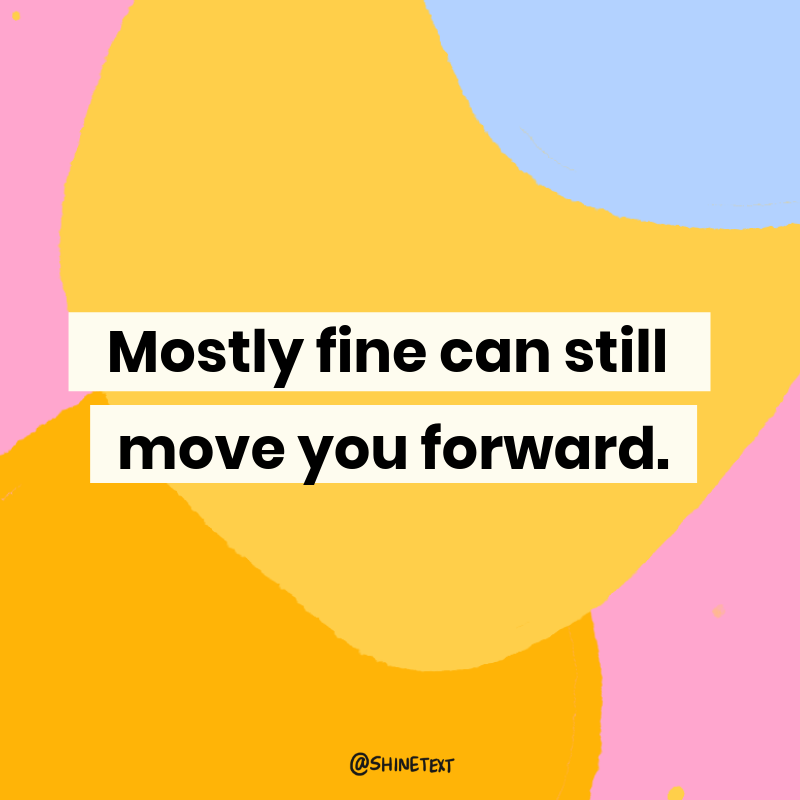 Kara Cutruzzula
Kara Cutruzzula is a journalist and playwright and writes Brass Ring Daily, a daily motivational newsletter for people who want to tackle their biggest projects.
Join the Shine Squad